TruTargets represent a breakthrough in simulation training because they offer significant advantages over branching video simulators.

TruTargets have multiple hit zones that can be used to set conditional behavior, course requirements, and character mortality.

Conditional Behavior
Using TruTarget hit zones, it’s easy to set conditional behavior. For example, you might create a character that will transition to a wounded state upon being shot in the arm or leg. Wounded characters behave appropriately – moving slower than usual, but still able to act aggressively.

Course Requirements
A course may require four shots to the chest or two to the pelvis. Requirements like this must be fulfilled before the trainee can move on to the next stage or course.

Character Mortality
Each zone can be independently used to define the mortality of characters in a scene. For example, two shots to the chest may kill a character – or it may be set to four. Each zone can have its own setting and each character in the scene may have its own setting. For example, civilian characters in the background can be set to die if they are hit with a single shot anywhere.

Perhaps the best part of TruTarget’s hit zones feature is that everything is handled automatically – even when you have multiple moving at various speeds in the scenes. Compare this to video-based systems, which either require characters to remain still or limit the number of moving characters to one. There isn’t a video character around that can detect and respond differently to shots that hit in so many different zones.

TruTargets can be assigned a wide variety of threatening and non-threatening poses and motions and use artificial intelligence to respond to actions from the trainee.

Powerful interactive controls to alter the actions of characters in real time.

Behaviors are a set of powerful features within DART that create a variety of IF-THEN conditions. For example, you might say IF this target is hit in the bullseye, THEN it should fall down.

Everything in DART can have a behavior – including Flat Targets, human characters, Props, and Video Sequences.

Triggers initiate behaviors.  A trigger based on distance might cause a TruTarget to pull out a knife when it comes within 15 yards of the trainee.

Other triggers are based on time, shots, specific hits, location, score, or even the death of a character. Watch a short video about triggers here.

Actions are what happens once a trigger condition is met. Actions include pausing, changing speed, jumping to another stage, changing a pose (for example a character putting his hands up in surrender), saying a phrase, or running away.

With the optional DART Red Fire controller, a TruTarget can even shoot back at the trainee.

Because video scenarios cannot change once they are filmed, they quickly become predictable. TruTarget behaviors can act in a completely random manner. In one training session, a character may pull out a phone. The next time it may be a gun. This gives courses in DART better repeat training value.

N Behaviors can be assigned to anything – targets, props, and video

N Triggers can use random values for added unpredictability 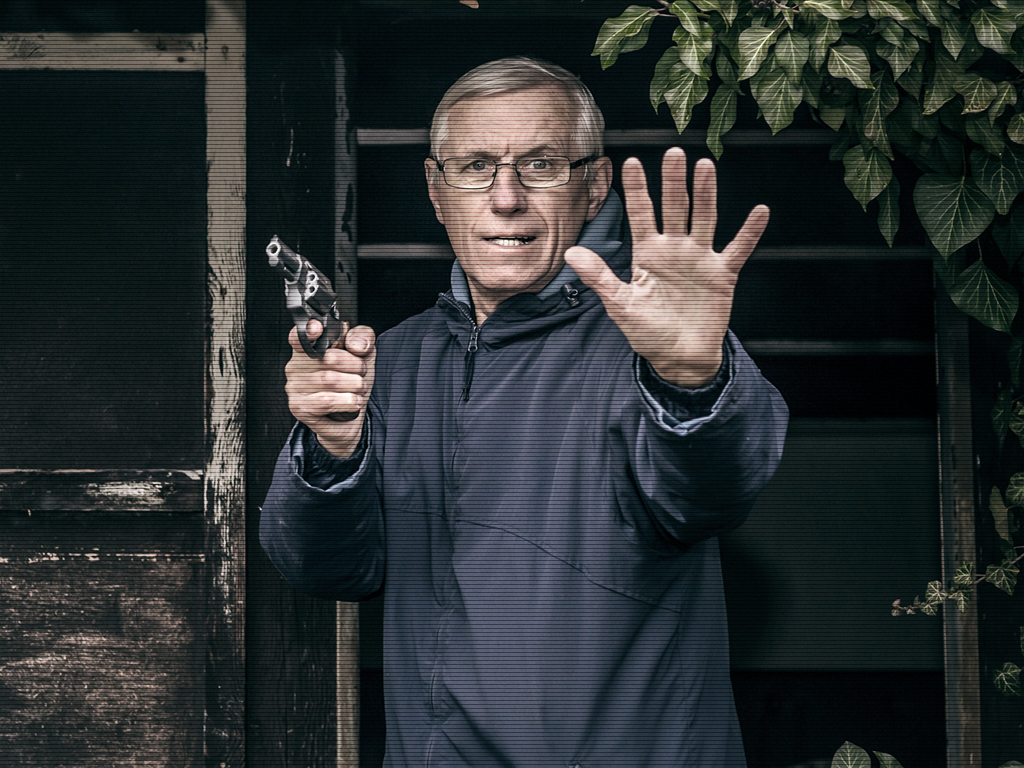 Once a traditional scenario is filmed, it can’t be changed.

The man in the blue hoodie will always pull out a revolver.

The actor can’t change and neither can the scenery. 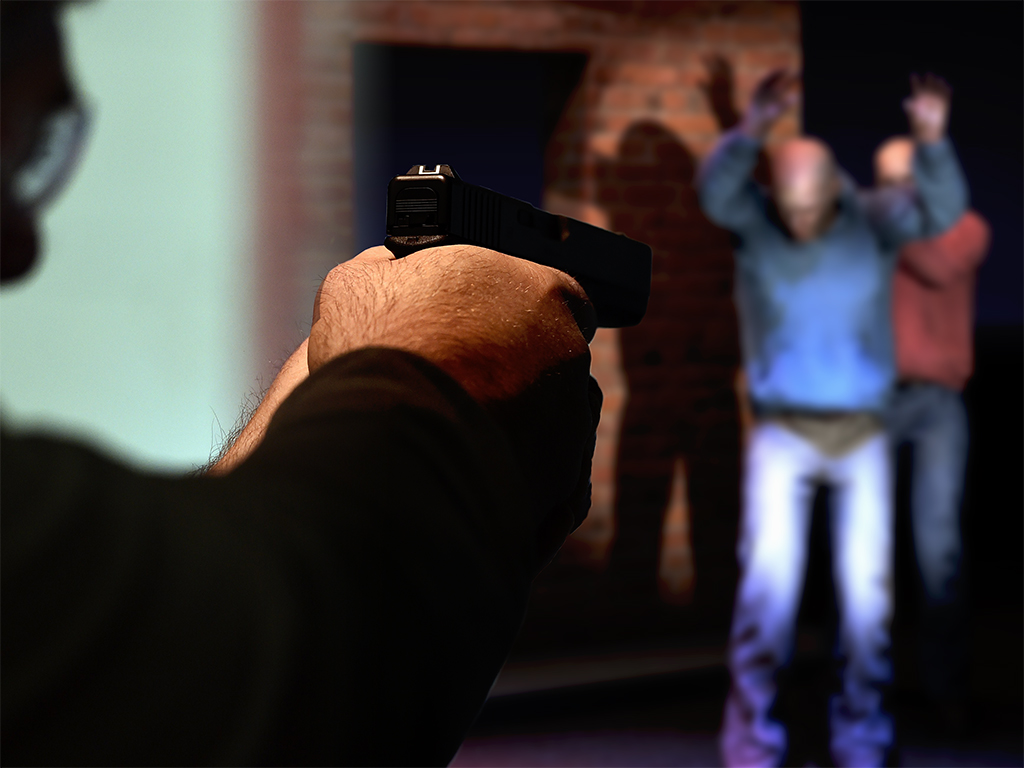 With TruTargets, nothing is set in stone because actions are decided as the scenario is run.