As capable as the DART system is, we realize that it’s only part of the equation. That’s why we offer turnkey training solutions in the form of instructional videos, pre-built courses, and live class instruction. 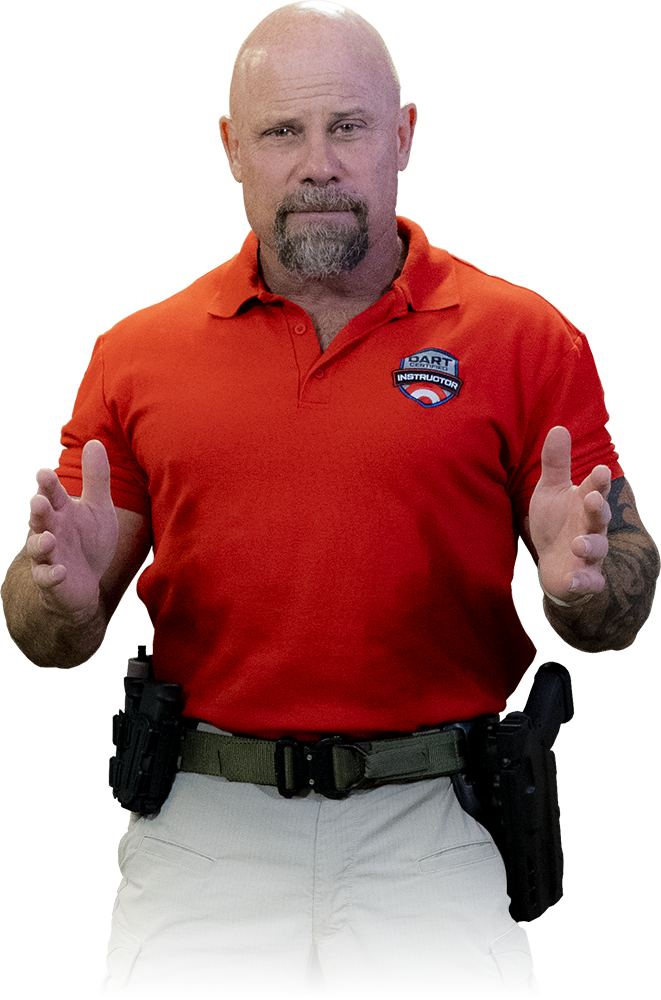 DART’s free de-escalation training course is 35 minutes of video discussion on the timely and relevant topic of de-escalation. Although “de-escalation” is a new buzzword, it’s been around for generations. We’ve all heard the stories of the old cops responding to violent calls without backup, and being able to defuse the situation without incident. Or the lone officer making the arrest on a wanted felon who was in a car with three family members who were not pleased. How did they do that? The answer: a cool head going into it, good communication throughout, and keeping their wits about them. Because these lessons are entirely video-based, they do not require a DART system to view. 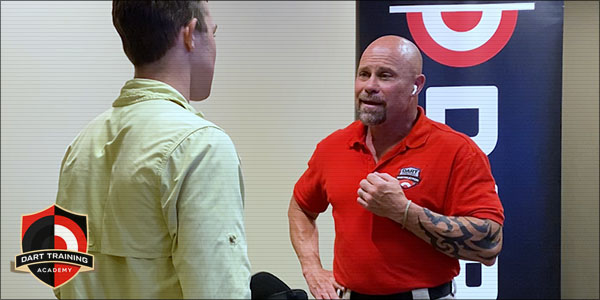 As a service to law enforcement, we are proud to offer this training at no cost or obligation to any police officer or department. Our hope is that some portion of this course helps an officer make a good choice by choosing the right words at the right time so that a positive outcome is achieved for all. A DART system is not required to view this training. Please email your request to hello@dartrange.com.

Block 1 is divided into 6 twenty-minute training modules designed to illustrate and teach specific real-world learning objectives. Every lesson consists of video instruction and courses of fire designed to be used with the DART system. Video demonstrations are provided to ensure consistency in training and communication. Students have the ability to practice any portion of the training module as often as they would like. Utilizing minimal space and maximizing the use of time, all lessons are conducted in a safe and controlled environment. This offers the ability to train in ways that would be deemed unsafe on a live-fire range. 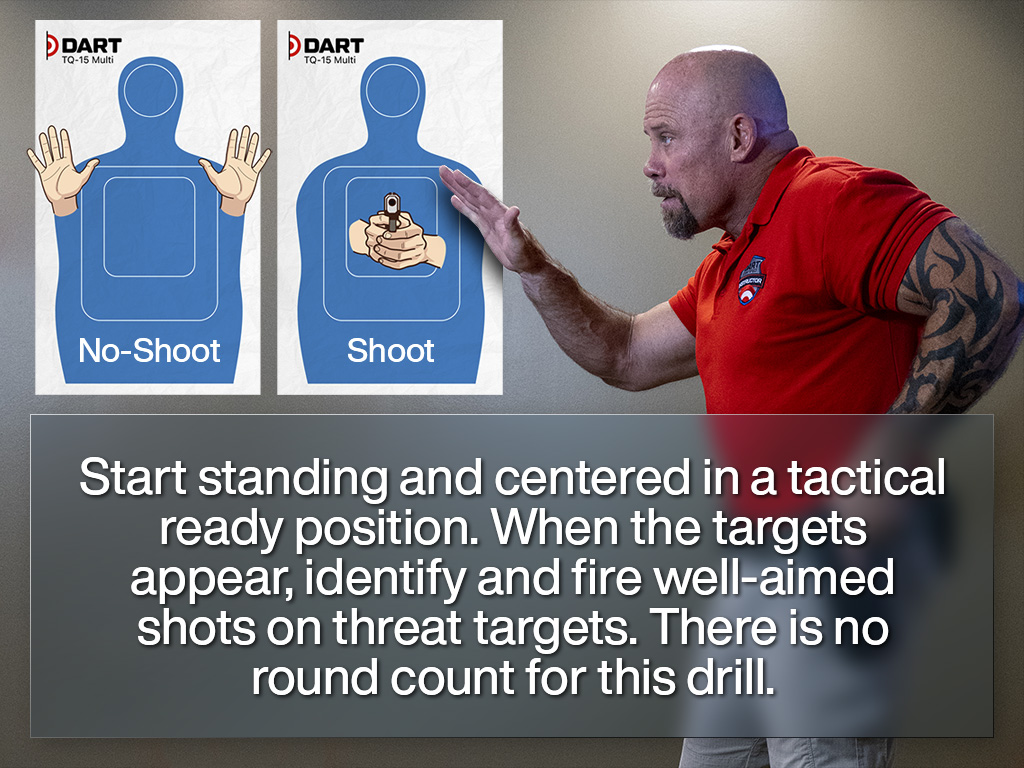 Drawing From the Holster 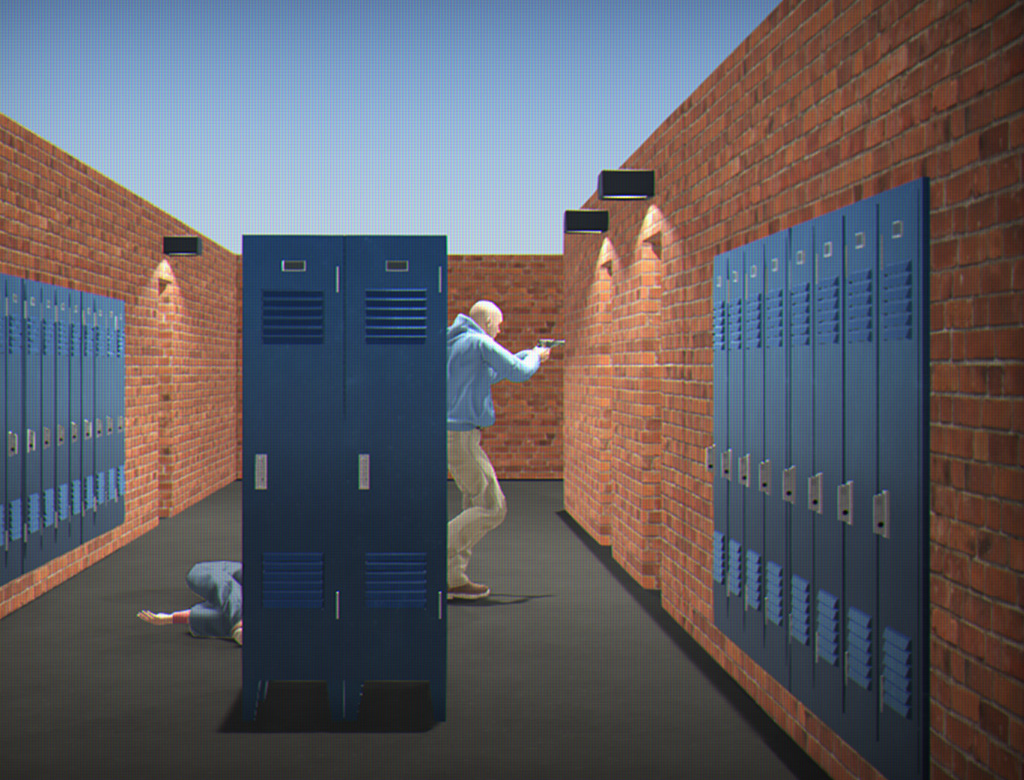 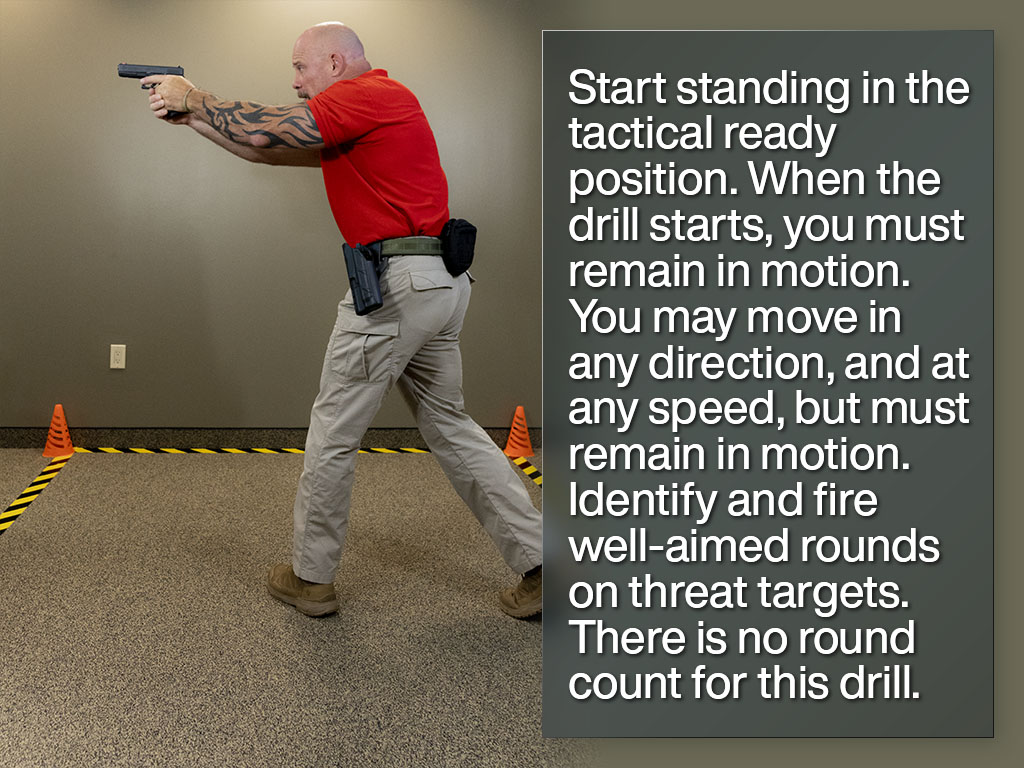 Brian Gaynor proudly served his country for eight years of active duty as a United States Marine. His military occupational specialties included military police and scout sniper. Deployments included foreign, domestic, and combat duty assignments. He recently retired from the Florida Department of Law Enforcement where he served as the agency’s Chief High Liability Instructor and Department Armorer and held the rank of Inspector.

Brian started his career with the Florida Department of Law Enforcement as a Special Agent assigned to the Dignitary Protection Unit providing security to the Governor of Florida and his family. He continues to stay active as a certified U.S. Department of State combat tactics contractor, providing training to foreign national tactical groups.

Prior to his thirteen years at the Florida Department of Law Enforcement, Brian was a Deputy Sheriff at the Alachua County Sheriff’s Office. During his twelve years there, he was assigned to the SWAT team, warrants division, narcotics unit, surveillance and undercover operations, multi-agency investigations with DEA, FBI, US Marshals, ATF, and FDLE drug task forces.

Precision and Combat consists of 30 pre-made courses of fire and accompanying lesson plans. These courses are designed to practice the fundamentals of marksmanship and feature the look and feel of a traditional flat range where targets move front to back and back to front. This package shows what can be done in a virtual range where there are no safety concerns or restrictions on target movement. Lesson plans and courses can also be altered by the instructor based on specific training goals. The Precision and Combat package comes with instructor support, meaning we are available to discuss the principles and goals of the lesson plans provided. 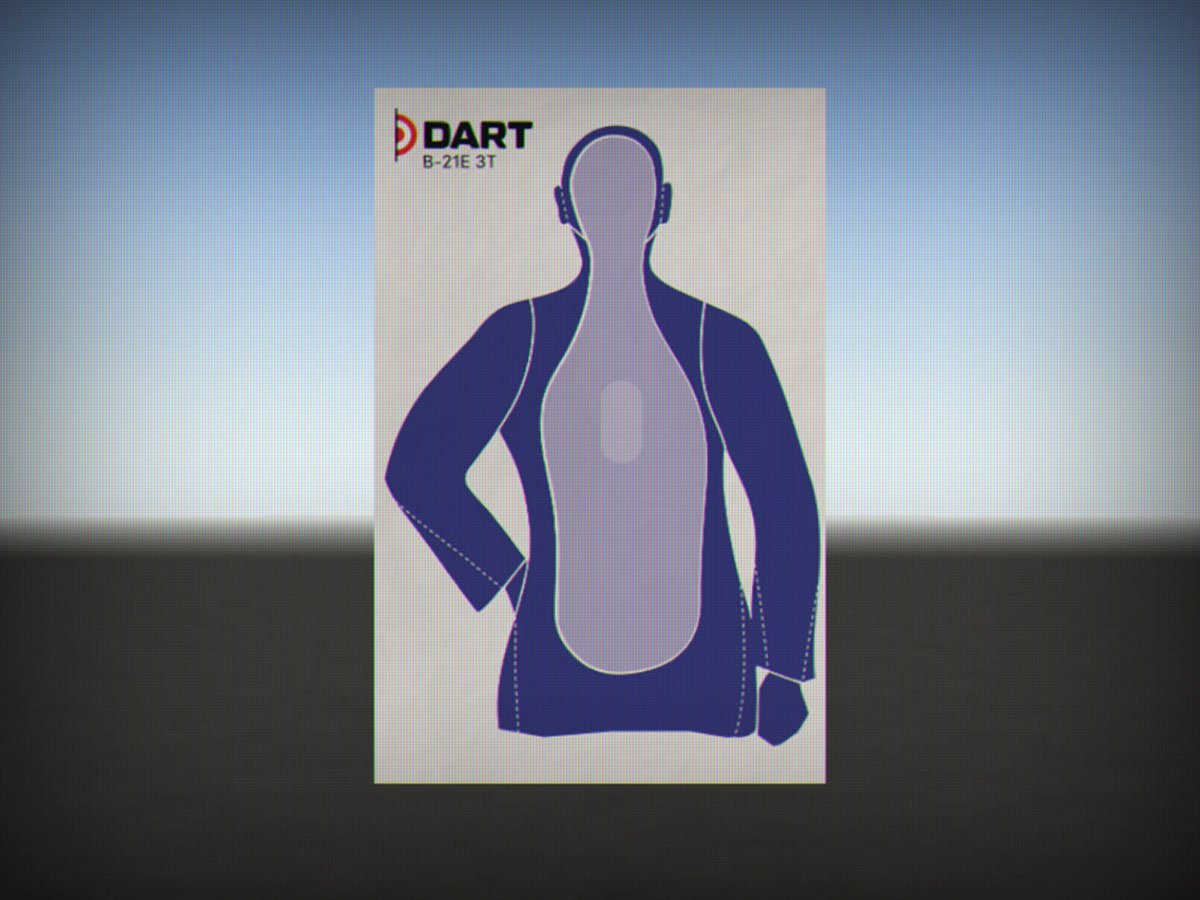 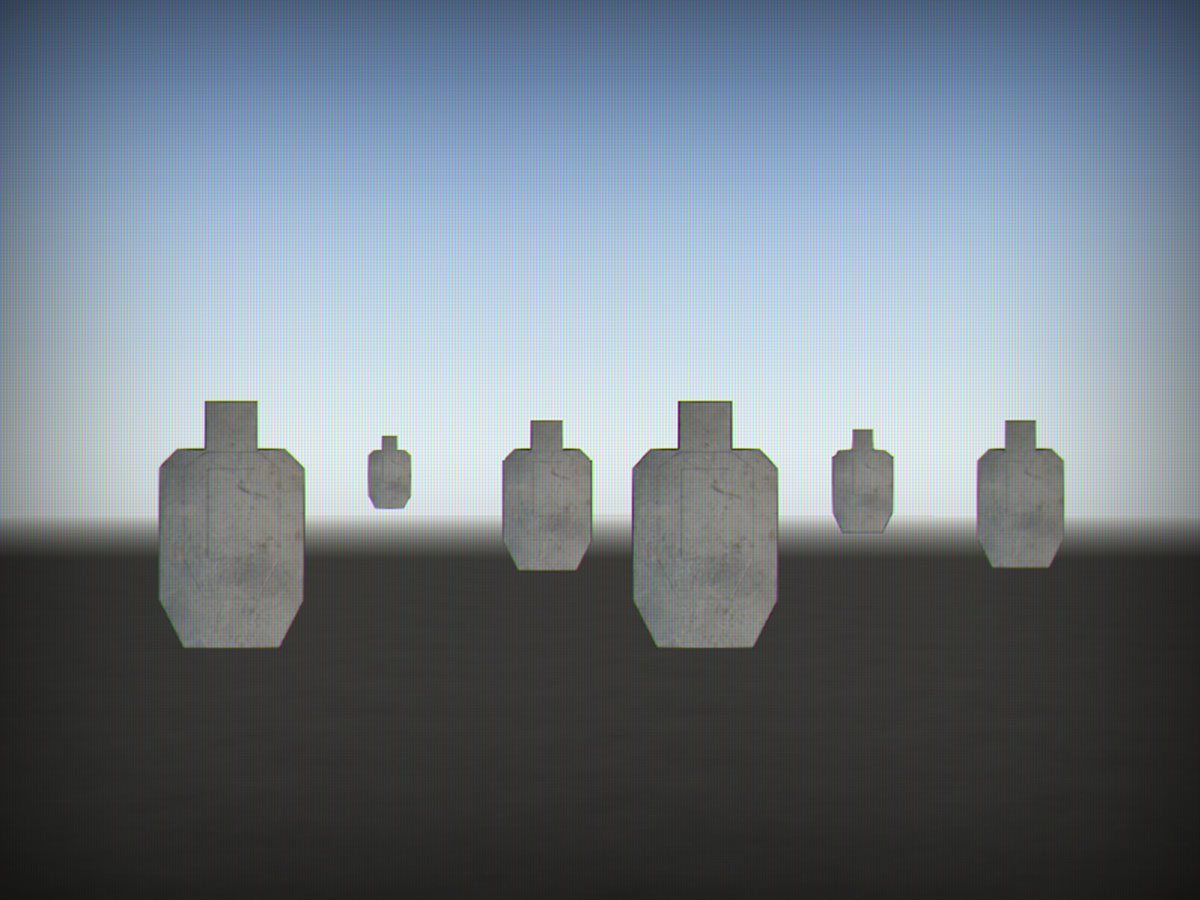 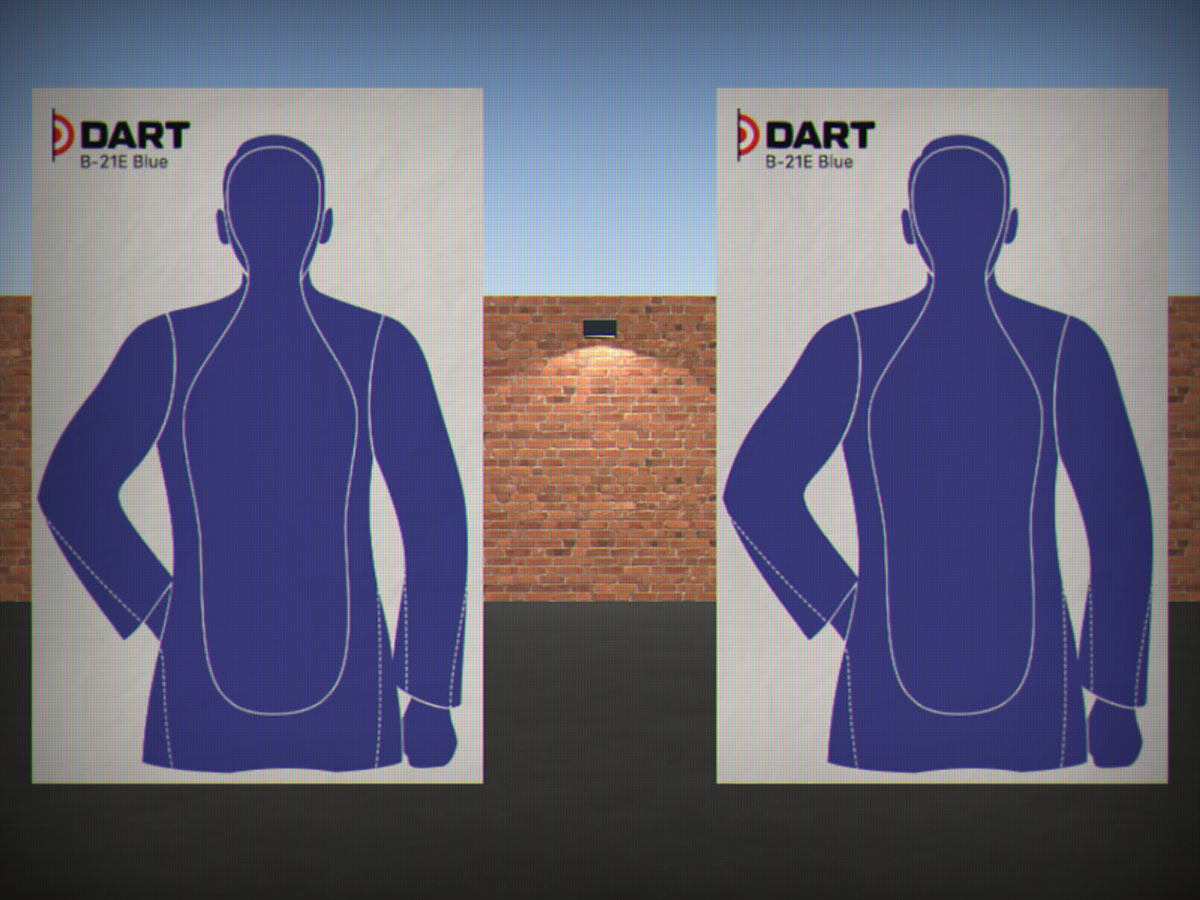 The Environments package includes 15 pre-built courses and 160 human photo targets. Our goal was to move away from static, standard range targets, and create decision-making courses in which targets are free to move anywhere on the screen. Environment courses also feature 3D obstacles, walls, and buildings. All courses and lesson plans still have fundamental skills associated with them; however, these courses become more challenging as the shooter is asked to move in response to threatening or moving targets. Like all DART pre-built courses, the instructor is free to modify the courses and lesson plans as needed. 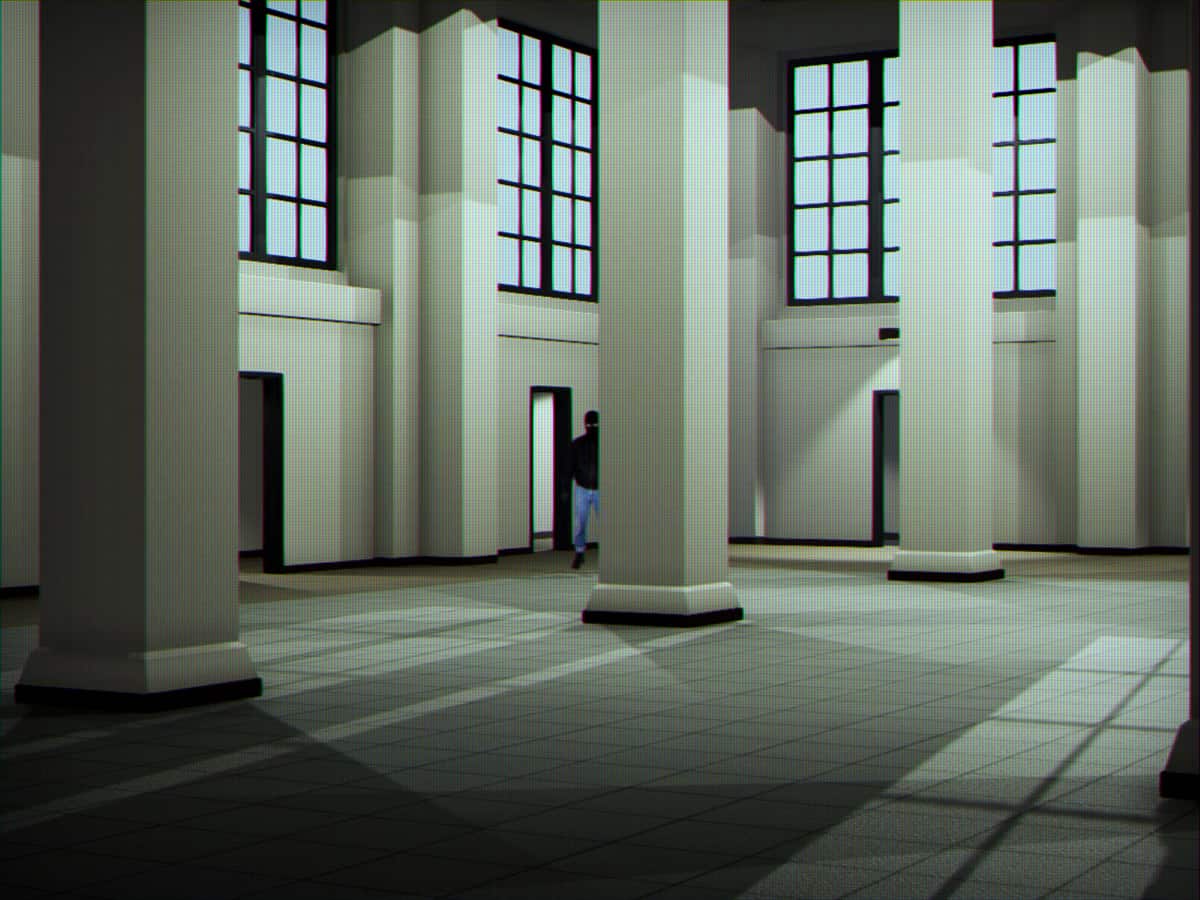 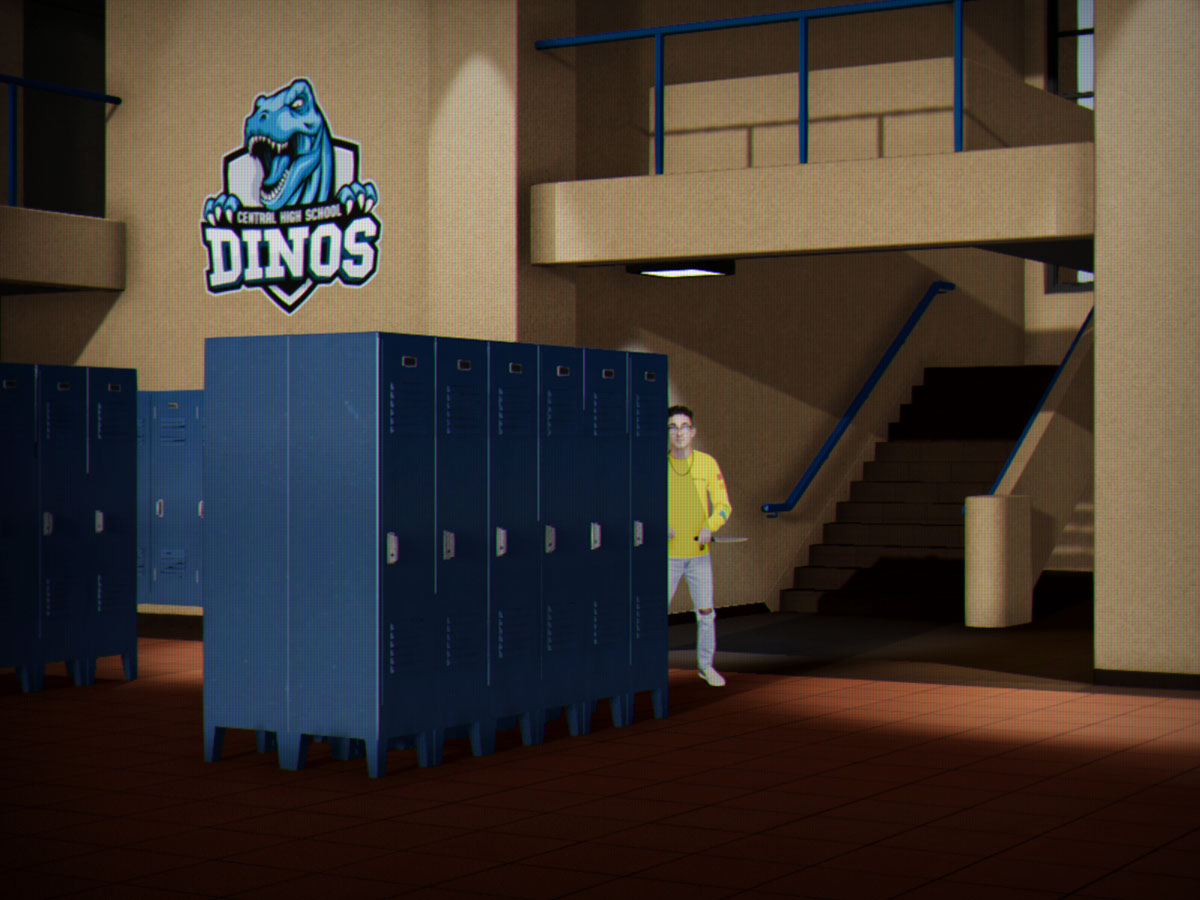 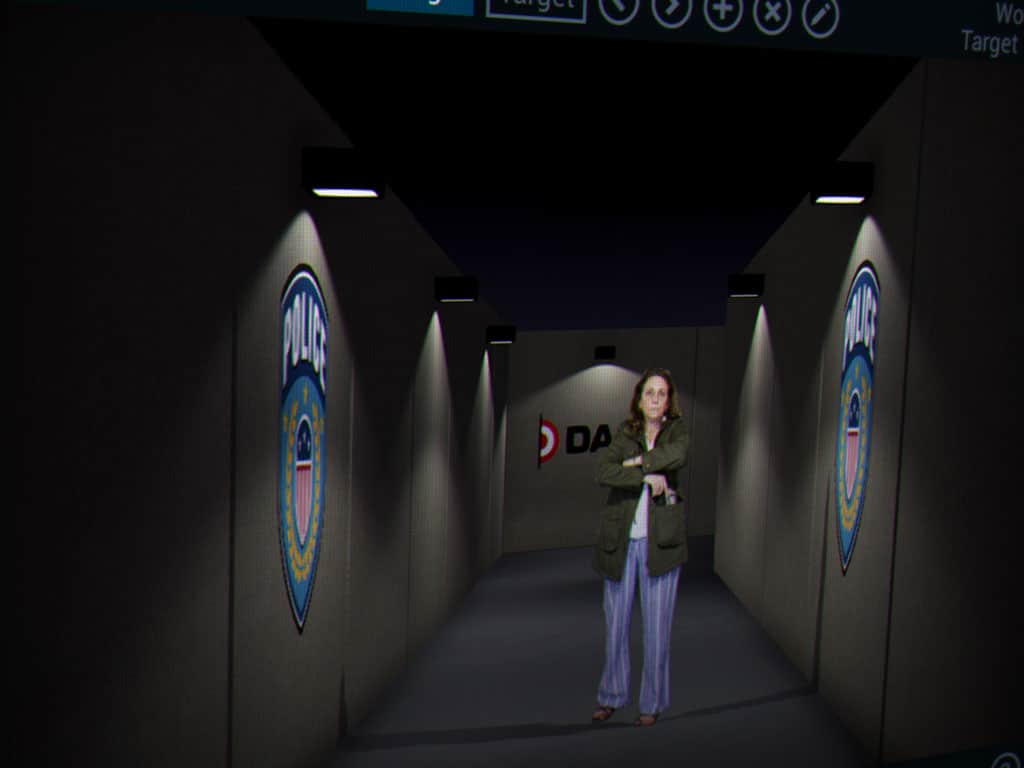 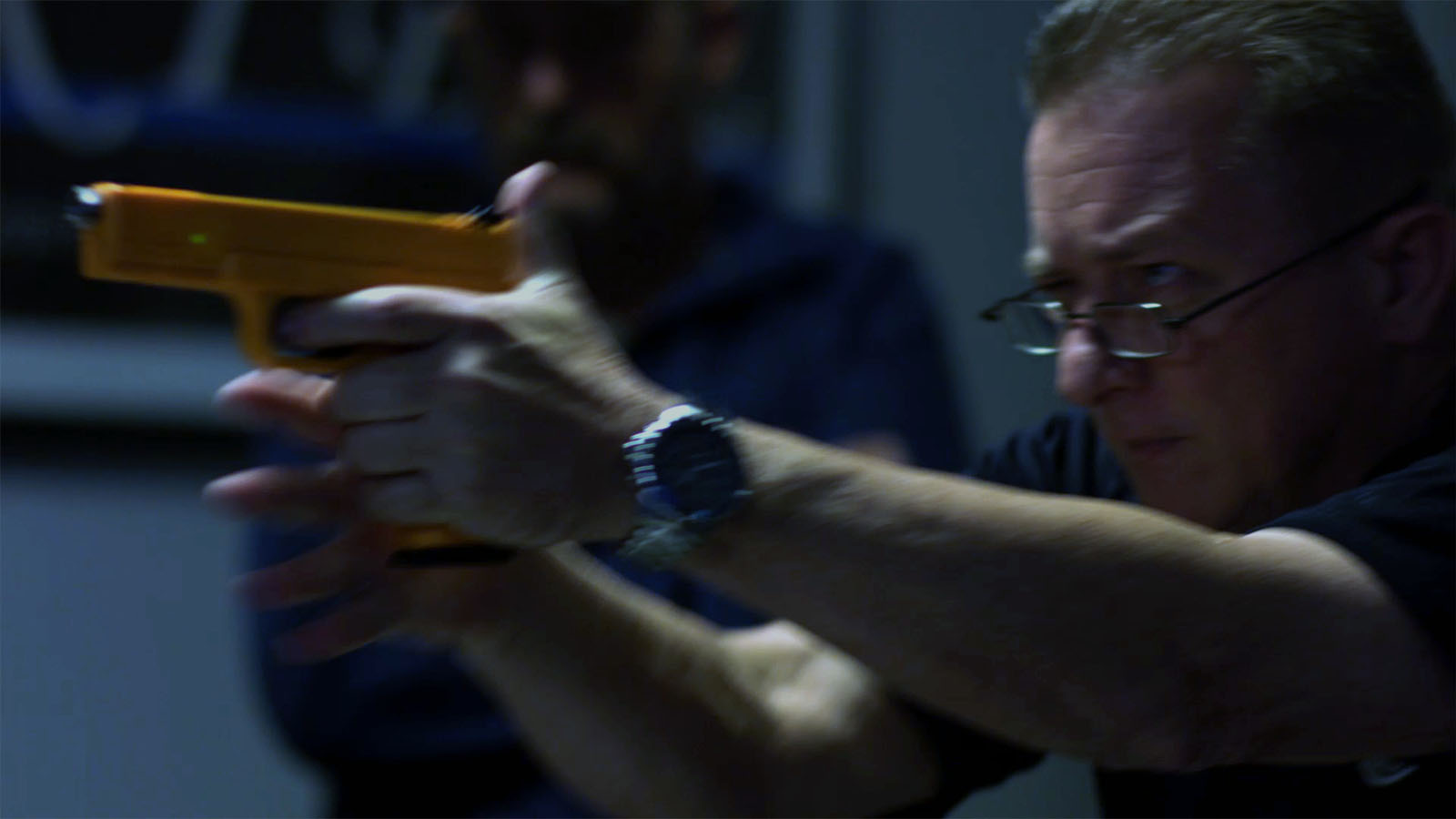 Richard Rippy has been an active law enforcement officer in the state of Florida for 33 years. He is a retired Lieutenant from the Lake County Sheriff’s Office. He spent 17 years as the Range Master at the Institute of Public Safety in Lake County Florida. He has achieved several certifications to include a BS Degree in Criminology from the University of St. Leo, but his passion has remained in firearms training. Rippy has been involved in and survived three law enforcement shootings and continues to promote the importance of firearms training in the law enforcement industry. Rippy also served in the United States Marine Corp where one of his many functions was a primary marksmanship instructor.

A full day of training centered on using the DART system – from setup to building your own courses. Training can be conducted at your facility (additional cost for travel) or at our headquarters in Orlando, Florida. 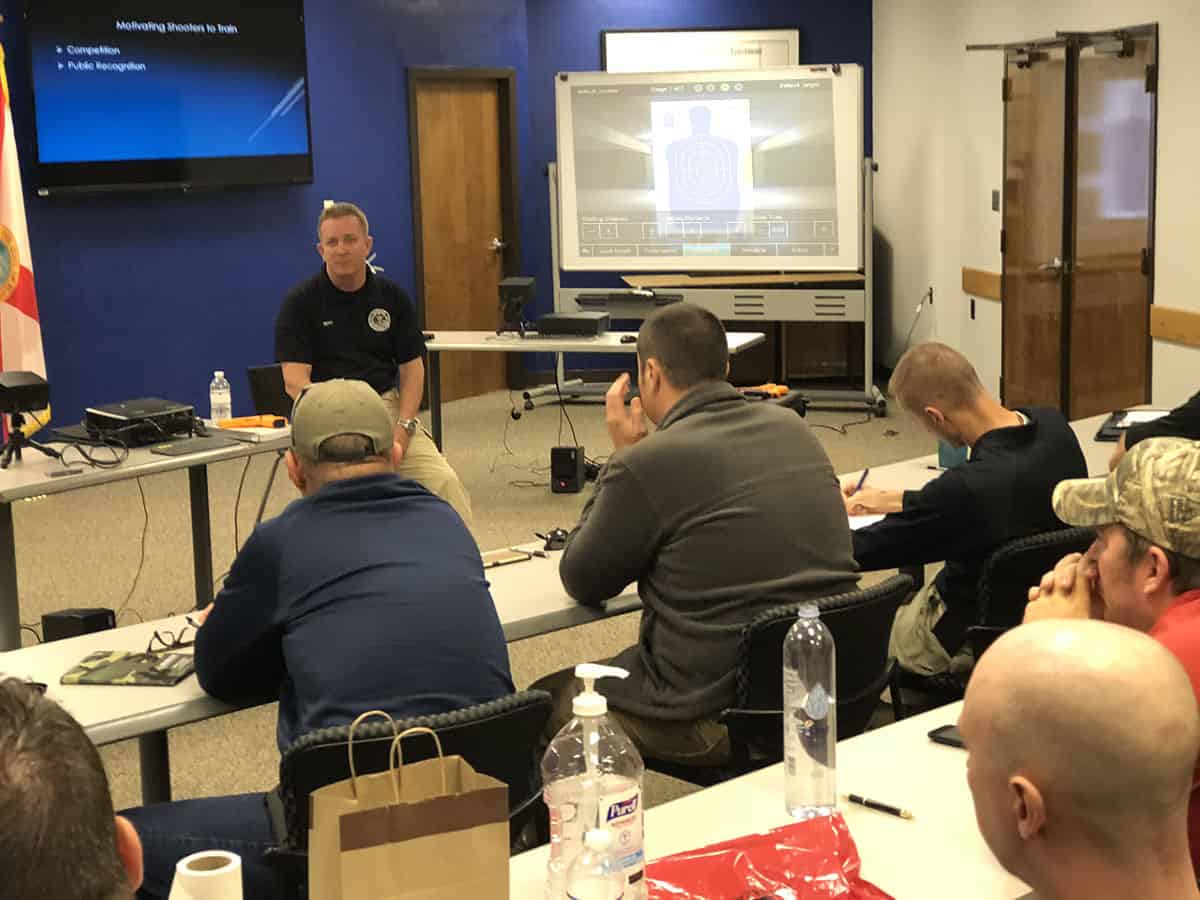